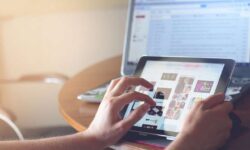 Sometimes, it feels like technology is developing faster than I can hope to keep up with.  Still, I do my best to keep myself in the know, despite the challenges that can come with that.  If you’re like me or are already a total tech junkie, hopefully, this article will provide useful insights! Surface-mount technology, or SMT for short, has made a big impression in the last few years.  It’s becoming a popular form of fitting components.  Devices made in this fashion are called surface-mounted devices, or SMDs.  If you aren’t sure what any of that means, continue reading for some explanations! 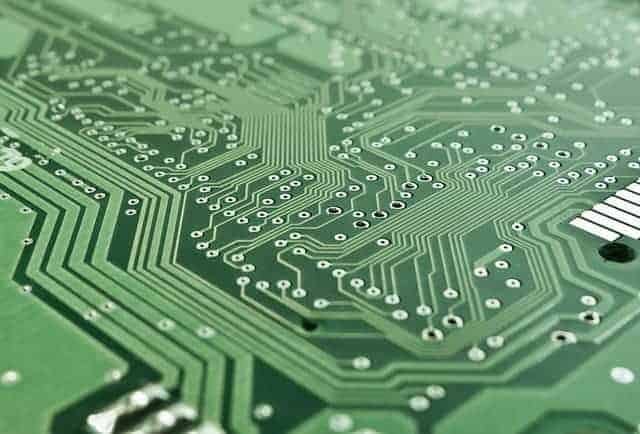 Printed circuit boards have become helpful in many ways. You will find them in almost every electronic gadget. Moreover, the demand for PCBs has increased. Many pieces of equipment and device manufacturers need printed circuit boards for the manufacturing process. However, many people are confused about the materials used in PCB manufacturing. This is because the performance and durability of a PCB board depend on the material used. So, to ensure you select the suitable materials for the board, you need to review the available materials. Below is a complete guide on the PCB materials you can consider in 2022. 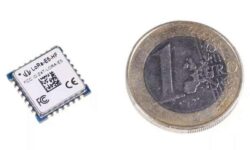 The IoT community has well-received LoRa-E5, and demand quickly dried up inventory. But now we are happy to announce that the LoRa-E5 (STM32WLE5JC) module is back in stock! Seeed is also launching a sponsorship event to support IoT makers’ manufacture and design with Lora-E5! Receive $250USD off when your Lora design is manufactured with Seeed Fusion! What Is LoRa-E5? LoRa-E5 is a LoRaWAN Module designed by Seeed, with low cost, ultra-low power consumption, and high performance in mind. It is designed under industry standards with an operating temperature range of -40 ℃ to 85 ℃. It is adapted for smart cities, smart agriculture, wireless communication networks, and other low-power wide-area IoT scenarios. If you need a module for your LoRaWAN application, then LoRa-E5 should be your go-to solution. 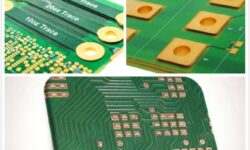 Heavy copper PCB, also known as thick copper PCB, is a printed circuit board with 3 ounces (oz) of copper or more on the internal and external layers. Moreover, a heavy copper PCB is a circuit board having a copper thickness of greater than 4 ounces per square foot (ft2). What is the thickness of copper on a PCB? The 1 oz completed copper weight selection is also the usual beginning copper weight for external layers on PCBs. Standard internal layer copper thickness for “standard construction product for 1 oz and 2 oz finished copper weight options is 1 oz copper (35m thick or 1.4 mils). 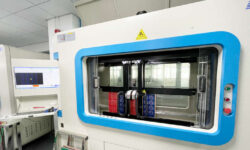 PCBgogo is one of the most well-known PCB manufacturers in all of China. Founded in 2015, PCBgogo has its headquarters situated in Hangzhou, China, and aims to be the easiest printed circuit board manufacturers to do business with. A bit about PCBGOGO PCBGOGO are well known for their small and medium volume PCB fabrication and PCB assembly and PCB prototype. Previously PCBGOGO owned three factories spanning over 17,000 square meters and have achieved ISO 9001 certification, UL certification, and 2015 quality management system committing to rigorous standards of assembly and manufacturing. PCBGOGO has proudly been a part of over $50 million business of prototyping services and electronic components to more than 300,000 customers all over the globe. PCBGOGO is known to prefer long-term business cooperation, and their COO, Mr. Eric wu, has said on record that if there is a problem with the PCB assembly or quality that can’t be solved, a full refund will be due to the customer. PCBGOGO prides itself on the following 6 key points which differentiate them from its competitors. 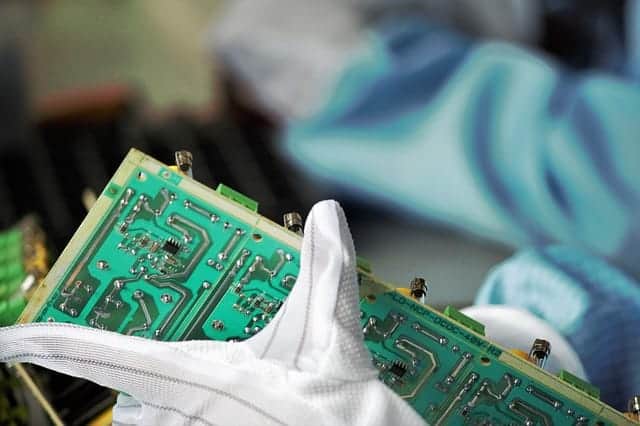 PCBs are the neatest and professional-looking among the assembled circuit types. But soldering is still required on the copper patterns on the board. In the early 1900s, before printed circuit boards existed, the only way circuits were made for electrical or electronic components was by wiring them point to point on a chassis. These chassis were either a pan or a sheet of a metal frame with a wooden bottom. The components attached to this chassis were connected with either wire connector lugs or crimp connectors or via jumper wires by soldering their ends or some other method. These primitive methods made circuits very fragile and large or bulky, and their production was very labor-intensive, so the products were expensive. Albert Hanson, a German inventor, thought flat foil conductors joined with a board insulated in multiple layers in 1903. The very next year, in 1904, Thomas Edison was experimenting with chemical methods to plate conductors on paper. But it wasn’t before 1913 that the printing and etching method was patented; Arthur Berry in the UK coined this method. These printed circuits did not come into common consumer electronics until the 1950s. 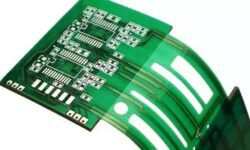 Modern electronics demand more and more advanced PCBs. They need to be denser, more reliable, and more complex. Traditional PCBs cannot always provide expected characteristics, so PCB manufacturers are investing in advanced PCB manufacturing equipment to make advanced PCBs at a rapid pace and low cost. Common types of advanced PCBs Generally speaking, an advanced PCB is a board that is manufactured differently than a conventional FR4 PCB. The different technological processes and materials define the advancement. Common types of advances PCBs are: Rogers HDI (Buried/blind vias) Aluminum Copper Flex Rigid-Flex The list may not be complete as technology evolves, and there may be new technologies and materials be involved. Each of the PCB technologies has its own purpose and place. Why you should use a different PCB than FR4 conventional PCB? 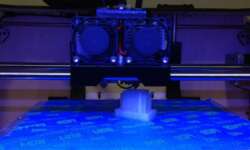 When you think what new can a PCB fab house offer – PCBway pulls something new and exciting out of the sleeve. Recently they have introduced a rapid prototyping manufacturing. This is way beyond PCB fabrication because prototyping covers CNC machining, sheet metal fabrication, 3D printing and even injection moulding. So not you can get PCB and take care of mechanical parts such as enclosures and dynamic components. CNC machining CNC machining allows milling complex parts out of raw material using programmed tools. CNC service includes milling, lathe, laser machine, water jet machine, electric discharge machine – all that may be needed to cut complex 3-dimensional parts. While other CNC technologies are used to cut raw material, the main work is performed by CNCN milling and CNC turning. CNC milling uses a router bit and 3-axis system to move it around the workpiece. More complex parts may be prepared by using up to 6-axis system. CNC turning is used when the part needs to be symmetrical around a single axis. The workpiece is rotated, and two axis-controlled blade removes material from workpiece until the piece is finished. Sometimes multiple milling technologies are incorporated to produce complex parts. CNC machining is… 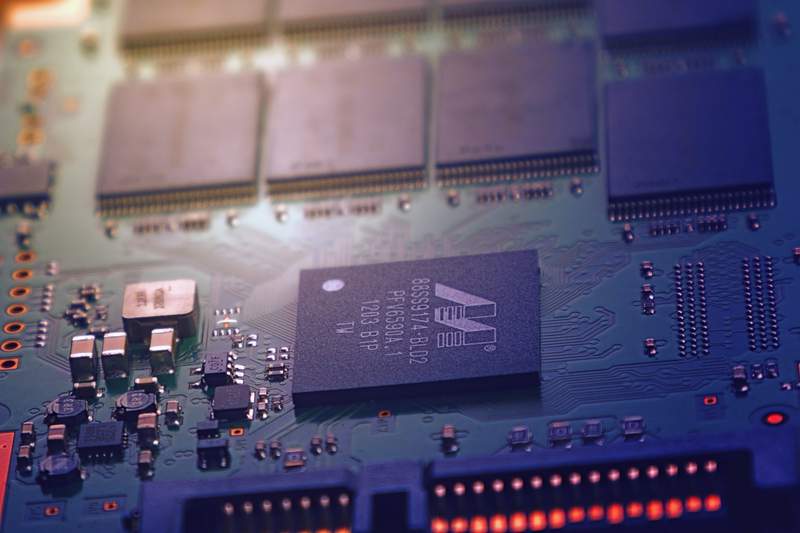 Printed circuit boards (PCB) are the essential component in every electronic device. You’ve probably seen a circuit board which carries a multitude of different size electronics components soldered to it. If you are familiar with electronics basics, you probably already know that PCB connects those electronic components with small copper tracks into a single working device. PCB manufacturing process is quite intensive requiring expertise, precision and knowledge. The success in making a functional device starts from designing the circuit. You can build the best PCB in the world with the best components, but if the initial circuit is not tuned up with proper parameters – it won’t work as expected and will be doomed for failure. Before thinking about building a PCB, the circuit has to be perfected. The process involves circuit simulation and mocking prototypes to make sure functional elements work as expected.