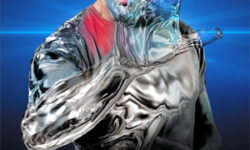 Invisibility is often used in movies to express a magical feeling in the minds of the viewers. The word ‘invisible’ itself is magical and needs a lot of connotation. When something is invisible, it creates a magical effect and a questioning mind, and this makes the viewers probe into the field of invisibility technology. Really is there something called invisibility cloaking? Fictional movies have used invisibility cloaking to make something disappear for some time, and when the cloak is removed, the thing or the person appears again. In 2008, a physicist named Michio Kaku prophesied that a feasible invisibility device like the ones used in Star Trek could emerge from research laboratories. He also quoted David Smith of the Duke University who had used meta-material to bend light around an object. He also quoted that German scientists have found that a meta-material can make the red light around the object.