Identifying our relationship with the sun on a regular basis is not a problem, as most of the time when we come out in the day, we look up and exclaim, “The sun is out!”, or “It’s going to be a sunny day!” However, most of us never consider the role the sun might play in our lives as well as in the sustenance of our livelihood and our environment.

Scientific revelations denote the Universe is inhabited by different galaxies or solar systems, that the earth is in one of such galaxies in the universe; and that each solar system has a sun. Revealingly, we would observe that the name given to our galaxy i.e. the “Solar system” denotes the energy received from the sun. Thus, if our galaxy is named after the energy received from the sun, and each of the thousands of galaxies in the universe has its sun, what is the role of the sun in the universal scheme of events? 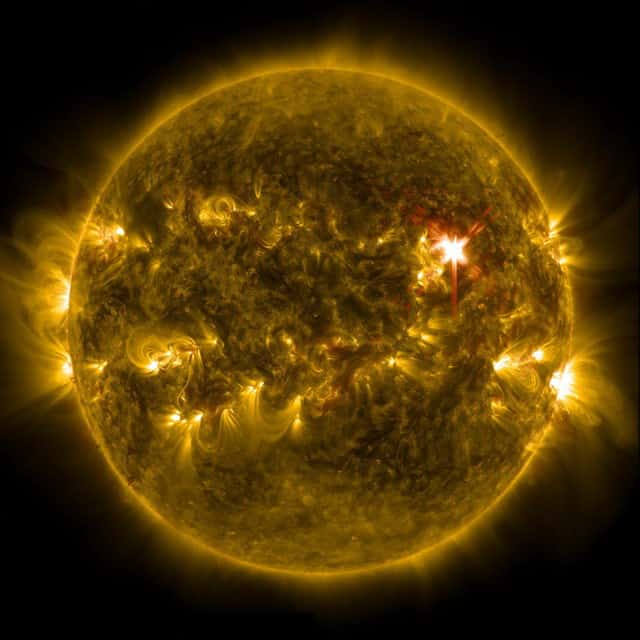 It’s been totally accepted that the earth and other planets in our galaxy revolves around the sun. This means that the sun is the center of our universe. Adopting such a significant role, let us evaluate the roles that the sun plays in the universe.

The sun determines the amount of heat or cold that is available on each planet, as planets closer to its orbit are naturally hot, while planets much further from its orbit are expectedly cold. This is why the earth, in a very convenient position in the solar system is acknowledged as the place most suitable to live on. Ironically, Mars, which is the immediate planet after Earth, possesses a similar outlook, structure and composition to Earth; however has one of the deterring factors as being too cold.

Energy for food and life

The sun supplies all of our energy to make our plants grow, contributes to the photosynthesis process that occurs in the growth of plants and food for both humans and animals alike. Photosynthesis occurs when plants and other plant-related organisms draw the light and energy from the sun toward the production of chemical energy required for sustenance on earth. When we as well as animals breathe, we breathe out carbon dioxide. Plants take these carbon dioxide, and with assistance from light and energy in the sun, change these carbon dioxide to oxygen, making oxygen available for us to breathe once again. Plants also utilize the energy from the sun to grow, and thus become available as food for animals and humans.

Heat or Cold for other uses

The sun provides heat for our daily comfort as you can attest to the way you feel during the summer or spring, compared to autumn or winter. There is also the supply of heat to dry our clothes, cool our homes, preserve our food, strengthen the asphalt on our roads – which helps to provide friction, provide the diversity in outdoor sights that entertain us, and lots more. We need sunlight to grow food, our trees and the creation of other naturally occurring elements which we use to provide the necessity and the luxuries we desire.

Other forms of energy

The disintegration of the natural elements beneath the surface of the earth, in particular, fossils, is largely as a result of the continuous heat of the sun on the earth. Fossils turn into fossil fuel which is commonly known as petroleum, and is presently the primary source of energy for our industries, plants, factories, and homes.

Earlier, we described the role of the sun in producing chemical energy for the production of our food. Still in its novel phase, the rise in the manufacture of solar panels is as the result of the possibility of the direct conversion of the output from the sun into electrical energy, which we then use to light or power our homes, power machines and appliances.

The Sun as a source of illumination

Imagine a scenario where you are having a research work done case for study writing service on types of case study, and desiring a feel for the outdoors, you decide to complete your writing on neural sensors in the garden. This refers to the fact that while in the garden, you would not be requiring any form of lighting to assist you in your writing. You could also imagine that occurrence that in the process of having the seventh floor of a high-rise or skyscraper built, in the daytime, project managers do not usually make any provisions for lighting.

These are indications of how we take for granted the role of the sun as our primary source of illumination. The light from the sun is that which we use to see our way around, go to work, go for our tea breaks, meet for lunch, carry out our construction, and at no time do we consider that without the rays or the sunlight from the sun, without artificial lighting, we would be in total darkness.

The role of the sun in the creation of the lives we have cannot be estimated, as if we would have to describe these in one sentence – Without the sun, we would not be able to survive. We do know as science delves more and more into the composition of the sun, we would find additional uses that would make the sun an indispensable parts of our lives.