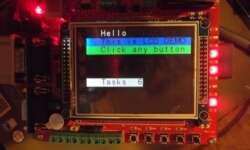 A High-density line of STM32 microcontrollers has quite many features that can be used in your programs. However, the more features you add to the source, the more complicated the program becomes, and it may become challenging to keep up with all things. Relying on the main loop and interrupts becomes a time-consuming task to manage. If you do not want to struggle while tuning things up manually, you can use one of the best free real-time operating systems (RTOS). It is handy when you need many separate functions to run in parallel without missing a task. RTOS scheduler takes care of giving each task a required period to perform. There are many great RTOS systems around. Many of them are free and open source. Follow the FreeRTOS tutorial to see how easy it is to run complex tasks. I love using FreeRTOS, which has a long successful history and is flexible to fit multiple hardware types. You can check out my demo FreeRTOS tutorial on Atmega128. I also encourage you to give it a try for other RTOS systems like ChibiOS, BeRTOS, and others. FreeRTOS is quite simple and easy to use. It has practically all of the features… 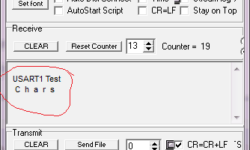