On October 17th 2014, the hurricane named Gonzalo hit the island named Bermuda. It did severe damage by knocking down power lines, many trees, and completely destroying access to many, many roads. However, due to early warnings Bermuda residents were able to avoid the disaster areas. The warnings were so effective that not one death or even serious injury was reported.

It’s common knowledge that storms can be hard to predict, because there are so many factors. It is nature, so it’s very difficult to see what all the potential factors would be for a storm because so many different things can develop, and so quickly.

Still, scientists and weather forecasters are getting much more accurate and efficient at predicting the weather. The weather systems these days are looked at supercomputers. These computers use special algorithms to predict the weather patterns, and also store new data. 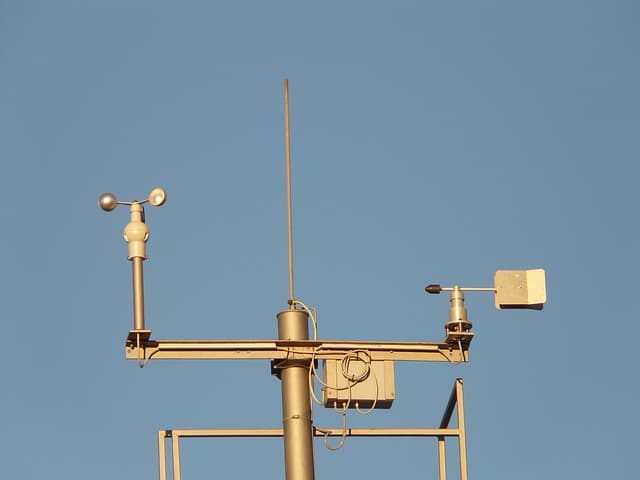 Or you can find ways to do this at home yourself in smaller ways too, by checking out home weather station reviews.

The NOAA (Located in the USA) has developed a new storm prediction system. The system is called the NEIS, and it creates 4D models that show the weather around the world. It works by using many (millions) of data points that have been collected. The storms that the computer makes, are very similar to the storms that have happened in the past.

They’ve also used radar very successfully to detect extreme storms. They actually use a range of technologies like use supercomputers, radar, and satellites to estimate the warning times before the storms hit. These work for predicting all kinds of storms; like hurricanes, tornadoes, floods, and severe thunderstorms.

For example, the Radar Research and Development department of the NOAA is mostly concerned with trying to detect severe tornadoes, since they tend to cause the most damage and death. They primarily use radar to detect when and where a tornado will form. Their technology today has made the warning time for tornado prediction into 14 minutes before it’s formed.

It’s been estimated that both of these types of technologies have saved thousands of lives.

There are other similar programs that specifically help with air pollution issues. They help to stop the health crises that many cities have from air pollution. One program that does this is actually a device, that uses laser technology to find air pollutants. It’s called Topas, and was made and designed by the British company named Turnkey Instruments.

One flaw, is that the program doesn’t technically help directly. It’s up to each individual city or state to decide how this collected data on pollution will be used. or even if the information will be utilized in the first place.

Which is a shame, since devices like this can also detect natural air “pollutants” like pollen, that triggers many allergies for people. For example, Georgia has a new instrument called Plair. It uses laser technology paired with ocular technology, and can detect different strains of pollen and other particles in real time.

Technology has made huge advancements, and has contributed to saving many lives when there’s been weather crises.