Servo actuators are used to create motion in specific ways – accurately, they provide motion based on the remote or automatic feedback which tells them when and where and in which direction the movement is supposed to happen. This contrast with the conventional linear motion systems in that they only have one single input to direct their very limited working spheres. Using a servo actuator is something which gives the user a huge advantage when it comes to accuracy and delicacy, both of which are made possible by the controller which is part of every servo, and which compares all the results with the intended results during every motion, so as to be able to correct the motion if there is any discrepancy between the two. Any differences will therefore be changed by the controller. These types of actuators are used in a number of different areas and different industries, meaning that servo actuators can appear in many different sizes and applications, according to what they are needed for.

Linear servo actuators are powerful, precise, and extremely efficient. They can handle anything up nine thousand seven hundred watt voltage, and so can be found in a variety of sizes and shapes for a variety of different uses. These servo actuators come with different coil lengths and peak forces, all of which combine with the wattage differences to further enhance the abilities of the actuator itself. Using a servo actuator is something which will save you and other a lot of general wear and tear which comes with movement of heavy and not so heavy machinery. Servo actuators also include such advantages as greater accuracy, greater acceleration, a higher maximum velocity, longer life cycles and longer reliability. As well as being used in heavier industries, servo actuators are delicate enough that they can also be used in home automation without causing any disruption in the surrounding area. The customisation which is inherent in the servo actuator also means that they can be used in such equipment as robots, tables/stages, positioning, actuators, fibre-optics, electronic manufacturing, machine tools, semiconductor equipment, and much more. 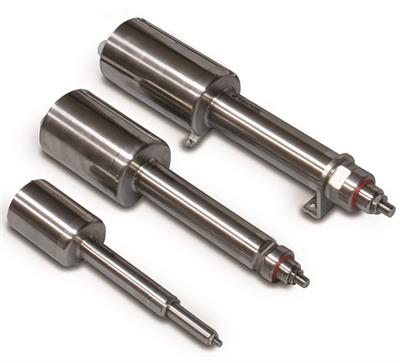 When it comes to Linear Actuators vs Linear Servo Actuators, servo actuators are much more useful when it comes to strictly controlling the specific angular motion which is needed for any given motion at a time. Computers, remote controls, tuning knobs…anything which requires movement which is both delicate and extremely precise, has movement which can be controlled by changing the way in which the movement is angled. The servo actuator which is inside the piece of equipment receive an electrical signal which can change the angle when needed.

Servo actuators are extremely useful in electrical devices, because of the controller they have in them that is capable of receiving electrical signals, but they are also useful because of the delicacy which they are capable of. Many of the movements inside an electrical device need to be delicate and precise in order to work, and servo actuators serve this purpose. These types of servos can be controlled all together, but they can be controlled individually if needed, allowing for a greater range of motion in, for example, a robotic arm, as it would allow each section of the arm to move individually if required.