In telecommunications technology, the term broadband refers to a wide bandwidth data transmission through coaxial cable, twisted pair, optical fiber, or wireless radio signals. Ordinarily, it is used to refer to any high-speed internet access, something that is at least notably faster than traditional dial-up internet access. Much have changed since the introduction of broadband and in the next few years, internet users can expect even better broadband experiences.

There is a growing “cord cutting” trend in the broadband service industry wherein cords or cables are being abandoned. It’s similar to what happened with similar services years ago. Consumers have moved away from landline phones to wireless telecommunication services. Many of those who have been subscribing to cable TV have switched to wireless services (those cable services with prominent dishes installed on rooftops). 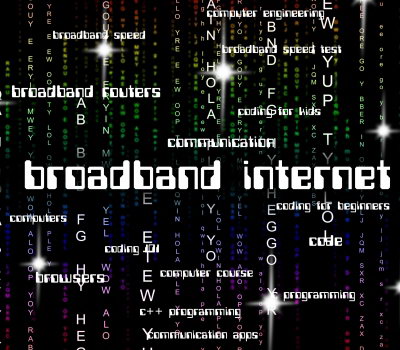 In the United States, in particular, telcos have observed significant reductions in the number of their wired voice, cable TV, and broadband service subscribers. This is on account of evolving consumer preferences. Many now access the internet through their mobile devices through LTE or other data plans. An October 2016 study by Pew Research found that nearly half of households in the US had their landline phones disconnected and turned to mobile phones for their communication needs. Around 13% of adults, on the other hand, only accessed the internet through their smartphones (up from 8% in 2013) while the number of adults who used their home broadband connections dropped to 67% from 70% in 2013. This cord-cutting expected to continue in the years to come as mobile internet reliability, speeds, and prices continue to improve.

Of course, this post will be incomplete without mentioning 5G technology or the successor of 4G. It’s not a new term as it has already been mentioned many times in the past years. However, this new broadband technology is expected to deliver blazing fast speeds that can even rival or blow away cable connection speeds. Industry analysts are expecting the next generation of super-fast data transmission technology to become available by around 2020.

No, the 5G connectivity being floated by some companies at present is not yet the actual 5G as defined by the industry. If you have heard of 5G services from telcos or read about them on tech blogs, be guided that 5G is still an upcoming technology. It is bound to be a big leap from 4G. It can theoretically offer speeds of up to 100 gigabits per second or as much as a thousand times faster than 4G.

Soon, broadband services will already be Gbps speeds instead of the usual. One American telco player has already successfully tested its 5G wireless network using millimeter wave technology, capable of handling 4K videos. This trial was conducted in collaboration with Intel and Ericsson, and was able to show speeds of nearly 14 Gbps. On the other hand, Huawei and a German telco claim to have undertaken the first demonstration of autonomous networking slicing on a 5G network. Nokia is also reported to have its 5G technology ready by around 2020.

All of these are bound to usher in the Gbps era—and it’s not going to be decades away. At present, based on the results of tests done through Speedtest.net, the fastest connections have not even breached the 200 Mbps level. With the coming of 5G tech, Gbps internet service plans can already be available. Not so far into the future, consumers will not only be looking for broadband plan with no data limits but will also be looking for the Gbps keyword as they examine the services being offered by ISPs.

Self-driving cars require super fast data transfer speeds to become more accurate and to be truly safe to warrant actual deployment. Current 4G data transfer speeds appear to be insufficient in enabling better self-driving cars. The good news is that the world’s first 5G-connected cars have already been demoed at a BMW race track in South Korea. These cars make use of cellular car-to-car connections for better communications that can lead to more precise reactions to each other. The test revealed that latency was significantly reduced to less than a millisecond and a peak transmission rate of 20 Gbps.