The Future of the Internet

The internet was established in the 1960s to allow government researchers to easily and quickly share the information they were gathering. Prior to this, it was necessary to travel to the location of the computer where the information was stored to access it. 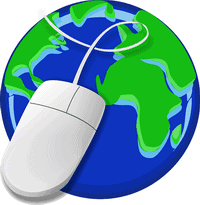 Alternatively, large magnetic tapes could be sent via mail or courier to an off-site location where they could be used. It wasn’t until 1983 that computer networks began communicating with each other using the Transfer Control Protocol/ Internetwork Protocol (TCP/IP). This allowed all types of computers on various networks to talk easily with one another. Sort of like using a universal translator in the Star Trek universe.

An Internet Protocol (IP) address is a numerical designation assigned to every computer that is connecting to an internal network or to the larger internet. It gives other devices information about the network the address belongs to, where it is located geographically, and how it accessed the internet. The designation is a 32-bit number and is known as IPv4, or Internet Protocol Version 4. Computer scientists in the early years of the internet were unable to truly comprehend its potential and did not realize that the immense number of combinations this allowed for would soon be insufficient for demand.

Degrees and training that were once focused on hardware that was local to companies have increasingly been moved to cloud-based formats that require internet access and a greater emphasis on information systems design. Indeed, even the classrooms themselves have been moved to the internet in an effort to facilitate the many students, living situations, and lifestyles that need to be accommodated as the world continues to evolve into a digital community located increasingly on the internet.

The explosion of technology that is based on the internet and potential it provides has caused the availability of IPv4 addresses to diminish far more quickly than anyone would have believed several decades ago. It quickly became evident that this length of identifier would be insufficient due to this exponential growth of the internet. In 1995, 128-bit addresses were developed, known as IPv6. they began to be deployed in the early 2000s, but the conversion has been slow.

While IPv6 is available and has steadily been implemented, most people currently use IPv4. This is due to a number of factors, including lack of implementation of internet service providers, hardware incompatibility, and lack of training on the part of individuals and companies. Additionally, there are a lot of services and content that are only available using IPv4.

IPv6 will require network engineers who are experienced with the technology and able to move systems from IPv4 to the newer format. In the coming years, it is expected that the overall reluctance to make the transition will slowly begin to fade as the need for the technology becomes overwhelming. With an increasing number of smartphones and tablets requiring connectivity on a daily basis and the improved security needs of a digital age become more prevalent, the conversion will begin to increase rapidly.

It has been theorized that the internet of things will be what pushes IPv6 to become more readily accepted. As our cars, refrigerators, thermostats, entertainment systems, and other components of daily life go online, they too will require IP addresses. IPv4 addresses are already limited or entirely unavailable and the only way to continue adding objects and devices will be to convert. The real question is not if this will happen, but how smoothly it will occur. That can only be answered by those who will facilitate the transition.